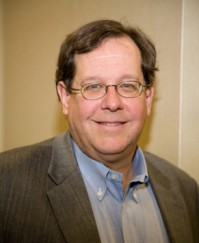 Dr. Sartor received his MD from Tulane University with honors in 1982. After internship at the University of Pennsylvania, he trained in Internal Medicine at Tulane Medical School. After completing fellowship at the National Cancer Institute (NCI) in Bethesda, Maryland in 1989, he served until 1993 as a Senior Investigator at the NCI and began focusing on novel therapeutics for advanced prostate cancer patients.

Dr. Sartor returned to Louisiana in 1993 to serve as an Associate Professor at the LSU Medical School in Shreveport and then moved to the LSU Health Sciences Center in New Orleans in 1998 as the Patricia Powers Strong Professor of Oncology, Stanley S. Scott Cancer Center Director, and Hematology/Oncology Section Chief.

Dr. Sartor was the Co-Director of the Louisiana Cancer Research Consortium, starting at its legislative inception in 2002. In March 2006, he left LSU to join the Lank Center for Genitourinary Oncology at the Dana Farber Cancer Institute and the Harvard Medical School.

Dr. Sartor’s interests have focused broadly on prostate cancer, predominantly in those patients who failed initial therapies. His publications range from genetic studies on prostate cancer to clinical trials involving novel agents.   He has published over 300 articles and book chapters and led multiple national and international clinical trials as either a principal investigator or co-principal investigator.  He has lectured widely, and at last count has given invited lectures in 33 countries.