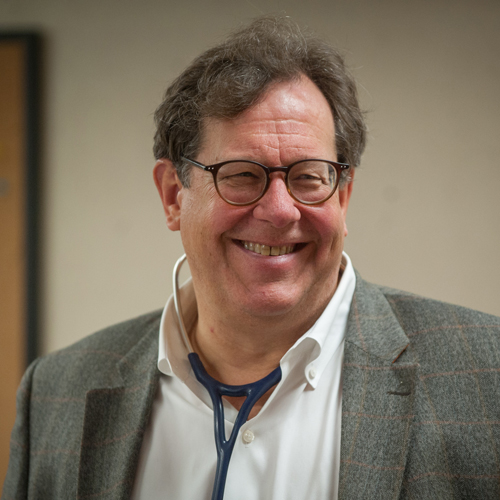 The prostate cancer program at Tulane offers our patients access to a variety of clinical research trials for the treatment or prevention of prostate cancer. Clinical trials provide patients cutting-edge investigational treatment / prevention options that are not yet widely available but are often the precursors to tomorrow’s standards of clinical cancer care. Clinical research is how we learn to better treat and prevent cancer. It helps us to build a body of knowledge that is science-based as we work toward our ultimate goal of finding a cure. To review the prostate cancer trials currently offered at Tulane Cancer Center, please click here.

The first showed that African-American men treated with the immunotherapy drug sipuleucel-T had a median nine-month overall survival advantage compared to Caucasian men with the disease, according to an analysis of 1,900 patients who received the treatment between 2011 and 2013. Dr. Sartor, lead author of the study, presented these data at the 112th American Urological Association annual meeting in Boston last year. “This is the first time that I have ever seen a prostate cancer treatment seemingly work better in African Americans,” said Sartor. “These new findings are very encouraging given that African-American men with prostate cancer have a mortality rate more than twice as high as Caucasian men and historically have presented with aggressive disease and have had worse outcomes in both real-world settings and controlled clinical trials.”

The second study, which was the lead article in the Feb. 2, 2018, issue of The New England Journal of Medicine, showed that adding two years of hormonal therapy to radiation treatment significantly improves survival rates for patients whose cancer returned years after surgery to remove the organ. “It more than cut the risk of prostate cancer death in half, which is quite substantial,” said Dr. Sartor. “For the first time, we now have a demonstration that hormonal therapy added to radiation can help save lives for men who have recurrent prostate cancer after surgery. That’s a very big statement.” Dr. Oliver Sartor was co-author of the study and medical oncology chair of the national committee that ran the nearly two decades-long trial. He said the study will likely help shift the standard of care for the approximately 30 percent of prostate cancer patients whose cancer returns.

Additionally, a study published in the February 7, 2019, issue of JAMA Oncology revealed that more than 17 percent of prostate cancer patients are born with genetic variants that can be associated with a higher risk for various cancers.  Dr. Sartor was lead author on this study, conducted in conjunction with researchers from the genetics firm Invitae.  The research, which is the largest study to date on the genetics of prostate cancer, also found that guidelines for genetic testing at the time of the study missed a substantial number of patients, suggesting broader testing is warranted. “This research shows the genetic risks associated with prostate cancer have been underestimated and provides support for expanding testing to include an increased number of prostate cancer patients,” said Sartor. “Expanding the use of genetic testing in prostate cancer patients can inform treatment strategies and potentially suggest treatment with targeted therapies or clinical trials. In addition, testing can provide valuable information for a patient’s family, allowing for increased screening among those at risk that can potentially help prevent additional cancer deaths.